Private, high-intensity consulting sessions for startups/ambitious brands (and their leadership teams) who want a super-focused strategy to position their brand & stand the f*ck out from competitors. You get:

NOTIFY ME WHEN YOU'RE AVAILABLE → 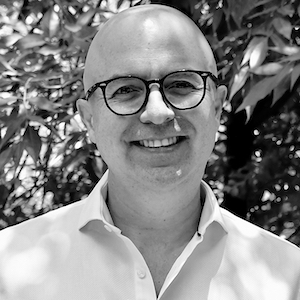 "Louis is a young, arrogant son of a b*tch."

Sometimes when you run these companies, you have so much data, you cannot think. All these things keep you from asking the fundamental questions that move your business forward.

That’s why I went to Louis because I think he’s a young, arrogant son of a b*tch. That’s precisely the type of person you want working on these big picture brand-building & positioning questions.

You don’t want somebody that’s been there, and nothing surprises them. You want someone who’s arrogant and who’s willing to question it, especially Louis because I’ve been 25 years in the industry. I’ve been with the best companies across beauty, household care, every continent other than Antarctica, and yet when I was listening to Louis’ podcast, I was learning new things.

Louis will ask hard questions, and you need to have seasoned people on the other end of that.

It’s okay if they’re not like PhDs of marketing, but they need to understand the brand because it’s the interaction with Louis that creates the beauty of the process. In my case, I brought in the head of research, the CEO, and the CMO, and myself.

We 3X’d our revenue with the same budget because of Louis’ advice.

One important thing I took away from Louis is the importance of having brand-building conversations. If we don’t have a process for these conversations, it’s very hard for them to happen because there’s too much data, too much movement, too much pressure to deliver the number. Even though I have masters of marketing on my team, like real masters… Jedi Knights… the day-to-day will consume them. And having these brand-building conversations is the most important for continuous growth, more than bringing in more money, more than an innovation pipeline.

And then more on the short-term, I guess what Louis helped us do was, I dunno… 3X OUR REVENUE WITH THE SAME BUDGET. So, that’s what was, you know… if I were to summarize it, that’s what I’d say. There’s no reason why I should bullshit you. 3X the revenue at the same budget. That’s it.

I mean, it’s in the USA. It’s the beauty industry, which I think is one of the most (if not the most) competitive markets in the world. And it was Louis’ idea that helped us differentiate. It wasn’t my idea. Not my head researcher. Not the CEO. It was Louis...that bastard.

Are those mini-workshops for you?

Let's start with the obvious.

Everyone explains that standing out is critical, but no one, not even positioning and branding experts, explain how to *actually* do it. That, my friend, is up to you to figure out.

So, if you and your team feel a bit like the picture below, read on: 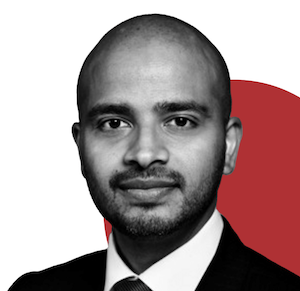 "Getting leadership energized about radical differentiation was really powerful."

Speaking with and working with the leadership and peer groups, we determined that we do not want to serve an average consumer with an average product.

So, getting the teams energized around this idea of creating a differentiated brand experience will be valuable for the seniors we serve. Also, as professionals, it will help us leave a legacy. This idea really helped gain alignment and congruence because everyone wants to leave a legacy for what they want to be known for. This was impactful and meaningful work.

Having that clarifying thought of who the customer is… It was a really important thing that came out of this.

As the lead for Brand & Marketing in the senior living sector… my job is to make sure the brand experience stands out. So, working with the team and talking with them about creating this energy from radical differentiation is so powerful because you’re trying to shake the status quo for the sector.

You’re serving people who have been on this earth for eight to ten decades, and rallying the troops around this idea of radical differentiation to enable the seniors to live a better life is so powerful.

So, I spoke with 15 customers, many employees, 15 of the leadership team. I spoke with everyone with the singular objective to define who our customer is. That was really important to identify who we are serving. Zeroing in on that and having that clarifying thought of who the customer is…

Louis is a great coach. He has a coach’s mindset where he’s spotting your flaws, but he doesn’t identify them as flaws; he identifies and restates them as opportunities and energizes the person who’s listening. He does it very tactfully, not by design, but it’s his personality.

NOTIFY ME WHEN YOU'RE AVAILABLE →

Some of the challenges you can bring to the table:

Start by reading my essays (free), taking my course (also free), and listening to my podcast (which is, you've guessed it, also free). 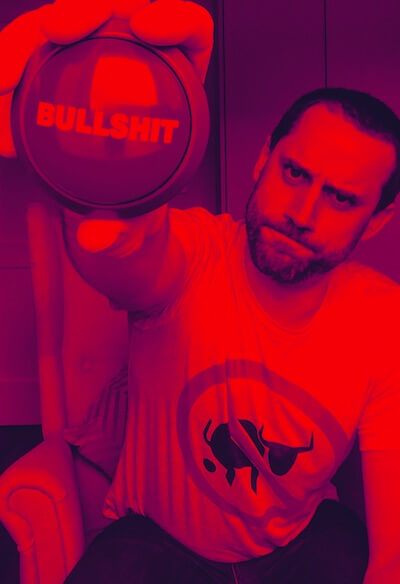 Louis Grenier, who likes to talk about himself in the third person, is the founder of the popular contrarian marketing podcast Everyone Hates Marketers, which's reached 1M+ downloads with no ads, in less than 4 years.

He’s always felt the desire to stand out, from dyeing his hair bright red as a child, to being called an “intellectual terrorist” by his teachers (true story), to helping companies like Hotjar or Dropbox to differentiate themselves.

His work has been featured by CXL as course instructor, the altmba by Seth Godin, the Mini-MBA in marketing by Mark Ritson, and other big names.

He believes that standing the f*ck out is the antidote to marketing bullshit.

TermsPrivacy Policy
© Not seen on TV, yet. Fighting bullshit since 1988.
