How to Analyze Customer Research to Create Great Copy (3 Steps) 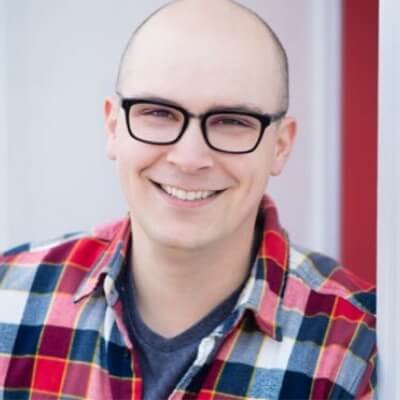 What are your thoughts on customer research? Do you think it takes too long and is a dirty word? Or do you rely on it for your business?

My guest is Joel Klettke, owner of Case Study Buddy, a company that helps you to create case studies.

In this episode, he explains how your research and analysis will not only produce killer copy but will inform many aspects of your business - from branding to landing pages and everything in between.

Listen to this episode:

LEARN TO STAND
THE F*CK OUT

Everyone explains that making your business different is vital — but NO ONE (not even experts) explains how to actually do it... Until now.

Just click on that big fat red button, answer a couple of questions, and learn to stand the f*ck out in a no-bull, super-practical way:

SUBSCRIBE →
Join 7,249 mavericks getting my emails,
but who's counting, amirite?!

"You're literally the only marketer I can stomach."

"A terrific celebration of marketers and marketing in all its forms."

"When are you going to do something in French so I understand it?"

NewsletterPodcastEssaysMini-Workshops8-Week ProgramNo-BS Marketing Resources
Latest essays
Distinctive Brand Assets: Definition & 5 Steps to Create Them
The Counter-intuitive Way to Achieve Excellence
How to Start a Marketing Agency (a Practical, No-Bull Guide)
Branding 101: 5 Steps to Build a Small Business Brand
How to Convince People to Buy (Without Being Pushy)
How I've Made $60,300 With One Single Email (A No-Bull Story)
Is Blue Ocean Strategy Risky? Examples & Key Disadvantages
Buyer Personas Need to Die a Violent Death
How to Compete With Big Brands Even With Very Few Resources
Break Through the Noise in Marketing by Doing Less
Recent episodes
The 1-Page Marketing Plan: Build Yours in 9 Steps
How to Use Customer Research to Design and Sell Better Products
How to Think Like Your Buyer & Become Good at Sales
How to Build a Genuinely Caring & Committed Community
What It Takes to Build Successful Marketing Teams (Over & Over Again)
AboutContact
TermsPrivacy Policy
© Not seen on TV, yet. Fighting marketing bullshit since 2010.
